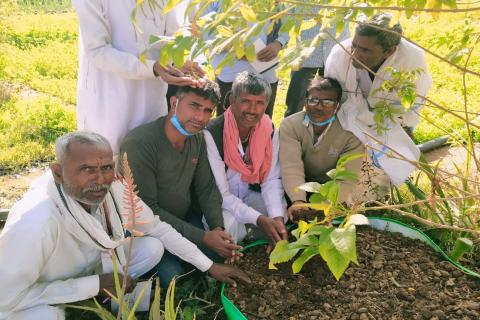 India is one of the most dynamic generic pesticide manufacturers globally and is the fourth largest pesticide manufacturer after China, United States of America, and Japan. The production of pesticides started in India in 1952 with the establishment of a plant for Benzene hexachloride (BHC) production near Calcutta. India is now the second-largest manufacturer of pesticides in Asia after China and ranks twelfth globally. According to a Pesticide Action Network (PAN) report, from 2014-15 to 2017-18, pesticide use grew by 13.07 percent across the country. In 2017-18, 69,282 tons of pesticides (chemical and biopesticides combined) were used in India. It was a sharp increase from the 61,273 tons used in 2014-15 and 16 percent higher than the amount of pesticides used in 2015-16. In 2018-2019, around 60,201 tons of pesticides were used, according to provisional data, but the actual amount used could be much larger (as the data from PAN does not show pesticide use from four northeast states and union territories).

Objectives of this study were:

Special thanks to IPEN's South Asia Regional Coordinator Tripti Arora and Regional Hub Toxics Link for their important contributions to the development and finalization of the project.