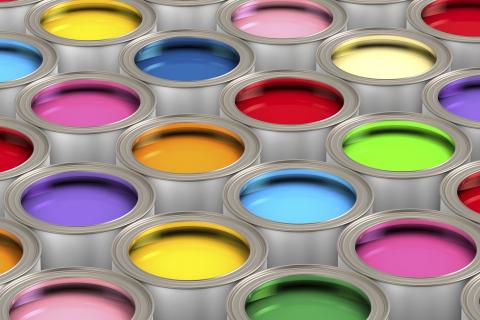 Environmental group EcoWaste Coalition on Tuesday urged the Department of Education to screen the schools’ facilities for lead paint hazard which can affect the children’s developing brains and behavior while they are closed due to the COVID-19 scare.
09 June 2020

In a letter to DepEd Secretary Leonor Magtolis Briones, EcoWaste Coalition appealed for the agency to undertake a lead paint hazard survey in selected public elementary schools in Metro Manila before the resumption of classes on August 24, 2020.

“The delayed opening of classes for basic education offers a unique opportunity for DepEd to conduct the said survey and generate useful data while the students are on extended vacation due to the COVID-19 outbreak,” wrote Thony Dizon, chemical safety campaigner, EcoWaste Coalition.

EcoWaste Coalition emphasized that the lead paint hazard survey will help in promoting compliance to DepEd Order No. 4, s.2017 on “Mandatory Use of Lead-Safe Paints in Schools” and related regulations issued by the Department of Environment and Natural Resources, Department of Interior and Local Government, and some local government units.

The Quezon City-based group signified its interest to collaborate with DepEd in developing further the suggested lead paint hazard survey and its eventual implementation.

It stressed that lead-containing paints have been widely used in home, school, playground and workplace settings in the Philippines prior to the completion of the six-year phase-out period for such paints last December 31, 2019.

“Solvent-based paints with lead additives, in particular, have been used for decorating wooden, metal and other surfaces such as interior and exterior walls, gates, doors, windows, cabinets, chairs and tables,’’ Ecowaste noted.

“Lead paint that has aged, cracked, peeled and deteriorated over time releases lead to indoor dust and outdoor soils posing a considerable health risk, especially for young children,’’ it added.

Dizon said that the children are exposed to lead if they ingest lead-contaminated dust or soil on their hands or on objects “such as toys, swallow lead paint chips, or breathe lead dust when surfaces coated with lead paint are disturbed, for instance, during renovation activities”.

“Globally, lead paints are recognized as a significant source of childhood lead exposure. Even in the USA, which banned lead decorative paints in the 1970s, lead painted homes and schools continue to threaten children’s health and safety, and thus requiring lead-based paint hazard control and reduction measures,’’ the group added.

According to the World Health Organization (WHO), which listed lead among the 10 chemicals of major public health concern, lead exposure can have serious effects on children’s health, particularly to a child’s developing brain.

WHO added “there is no safe level of human lead exposure, and no threshold level below which lead causes no injury to the developing human brain.”

EcoWaste Coalition pointed out that lead exposure is also harmful to adults, particularly to pregnant women and to workers.

“Lead is known to cross the placenta and harm the developing fetus in the womb,” the group said, while “the health of workers is put at risk when they ingest lead-containing dust on their hands, cigarettes, food or beverage, or if they breathe lead dust during unsafe work activities such as sanding or scraping paint,” the group concluded.