Lead in paints: the challenge continues 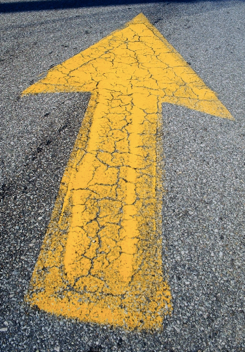 IPEN and its partner organisations are continuing the fight against the use of lead chromates in paints.

The legal challenge brought in 2017 by IPEN, the International Chemical Secretariat (ChemSec), ClientEarth and the European Environmental Bureau (EEB) is still ongoing. The case challenges a decision of the European Commission allowing the use of two highly hazardous pigments in road markings and painting industrial machines.

On January 10th, the four NGOs, supported by Sweden, defended their case during the public oral hearing before the Tribunal of the EU.

The European Commission refused to review the authorisation, forcing the coalition to bring the case before the EU courts. In the meantime, Sweden also challenged the legality of this authorisation.

There are many facets to the motivations behind why the coalition is pursuing the case. IPEN is especially concerned about the implications for the global effort to eliminate lead paint when authorizing lead chromate for these uses in the EU, but there are also several other globally relevant issues in this case.

This case is about the substitution principle and how EU laws – more precisely the REACH Regulation – if properly put in practice, is meant to encourage companies to invest in safer alternative solutions. This regulation is supposed to create a level playing field for companies who have decided to divest away from dangerous chemicals, not to reward the laggards.

Instead, a Canadian company obtained the right to disrupt the market with cheap and hazardous products while the others, wisely, had switched away from them, years ago.

This case is also about the right of organisations such as IPEN, working to protect the environment, to access the courts to question decisions taken by EU institutions. One important aspect is whether the Tribunal of the EU will take into consideration the Aarhus compliance committee recent findings concluding that the EU is in breach of the UN Aarhus Convention on access to justice.

This matter is now in the hands of the Tribunal of the EU. Should the case be dismissed, the NGO partners will consider exercising their right to appeal.