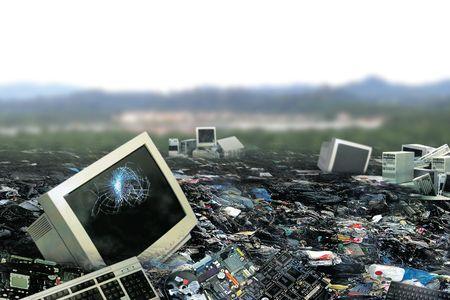 PFOA - the “Teflon chemical” - starts its journey to global elimination

(Rome, Italy) A UN expert committee recommended the global elimination of DecaBDE – a toxic flame retardant chemical widely used in electrical equipment and present in e-waste. In its recommendation for the Stockholm Convention, the Committee cited DecaBDE’s persistence, bioaccumulation, long-range transport, and its toxic impacts. Governments around the world will decide on the recommendation in May 2017, but typically accept the recommendations of its expert committees.

The Committee decision recommends that governments consider granting specific exemptions for use of DecaBDE in some legacy spare parts in the automotive and aerospace industries. The Boeing Company and the Aerospace and Defence industries Association of Europe and the European Automobile Manufacturers Association (ACEA) pressured for these exemptions but when asked, could not specify which parts they claim need to be exempted.

“The industry approach to demanding exemptions for DecaBDE seems to be ‘just trust us’ – highly ironic since the demands from ACEA come on the heels of Volkswagen’s deceptive practices scandal,” said Joe DiGangi, IPEN. “The industry has adequately demonstrated that ‘just trust us’ does not work in the real world and governments should not give away exemptions when alternatives are widely available.”

Despite intense pressure from a few developed countries, the Committee rejected recommending a toxic recycling exemption for materials containing the substance to avoid polluting the product supply chain. An IPEN survey1 released just prior to the meeting found significant levels of DecaBDE in children’s toys made of recycled plastic indicating that toxic recycling distributes dangerous chemicals into consumer products. A recycling exemption would also legalize e-waste dumping in developing countries – a major environmental and human health crisis that should not be further facilitated.

“DecaBDE is close to all of us since it is widely found in computers and other consumer electronics,” said Joe DiGangi, IPEN. “We need a true global ban of this substance that stops production, deals with the millions of tons of e-waste dumped in developing countries, and closes all loopholes that would pollute our consumer products.”

The expert group decided that PFOA met all criteria for further evaluation– a decision that starts its journey to global elimination. In a consensus decision, experts agreed that PFOA causes “kidney and testicular cancer, disruption of thyroid function and endocrine disruption in women.” In addition, PFOA is highly persistent, transported over long distances, and biomagnifies in animals, threatening the food chain.

“We welcome this decision as PFOA now contaminates every ecosystem across the globe,” said Dr. Mariann Lloyd-Smith, IPEN Advisor. “Our babies are born pre-polluted with PFOA and then mothers further transfer it to their breast milk. We are extremely concerned about the myriad of products on the marketplace that will eventually breakdown to PFOA. The time for action on this chemical is well overdue.”

After years of delay, the expert committee concluded that short-chained chlorinated paraffins (SCCPs) “warrant global action.” SCCPs have many uses including metal working and as softeners and flame retardants in plastics. The Committee cited the presence of SCCPs in PVC plastic products such toys, exercise mats, children’s costumes, and stickers. SCCPs are suspected to cause cancer in humans and disrupt endocrine function. They are also present in Arctic animals that serve as food for Indigenous Peoples and are found in human milk.

“I grew up in a small town with a major SCCPs producer, Dover Chemical Corporation, that polluted our entire community resulting in a cancer cluster,” said Pam Miller, Alaska Community Action on Toxics. “Now I live and work in Alaska and I feel like SCCPs have followed me here, threatening Arctic wildlife and Indigenous Peoples who rely on traditional foods. The Committee delayed too long on this substance and now is the time to identify alternatives and move to eliminate it.”

The Committee failed to advance dicofol – a substance that uses DDT in its production and is found in milk, baby formula, eggs, fruits, vegetables, human breast milk, and blood. Dicofol is very toxic to aquatic animals and causes reproductive damage in birds. It is an endocrine disruptor and suspected human carcinogen. Most of the 31 Committee Members supported advancing dicofol in the evaluation process since it meets all Convention criteria. However, the Committee failed to act on dicofol when the Member from India blocked progress. India is the world’s largest dicofol producer and the government itself owns a dicofol factory

“If a government representative from a country that owns the world’s largest dicofol factory can block the entire world from addressing this harmful pesticide, that’s a conflict of interest,” said Dr. Meriel Watts of Pesticide Action Network. “Farmers and their families continue to suffer while India’s factory generates profits.”

IPEN is an international NGO comprised of 700 organizations in 116 countries that work reduce and eliminate hazardous, toxic substances internationally and within their own countries. IPEN has been actively involved in the POPRC process for eleven years.