The World's Most Toxic Eggs? 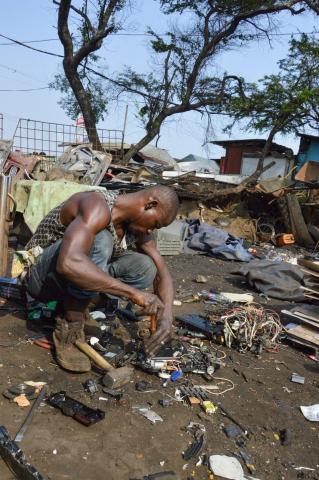 New research from a network of anti-toxin NGOs and research centers in Europe, Africa, and Australia has indicated that people living or working around waste combustion sites, in cities in Ghana and Cameroon, are massively exposed to brominated dioxins, chlorinated dioxins, and other persistent organic pollutants (POPs).

Agbogbloshie, Ghana has captured the imagination of the international media for being the world’s largest e-waste site, often portrayed in apocalyptic terms and relying on images of open fires and grime. But this kind of sensationalistic reporting is controversial. For one thing, it’s disputed whether the bulk of the waste in Agbogbloshie is locally generated or sent over by wealthier and more wasteful countries, and whether this actually is the largest e-waste dump. And Agbogbloshie is also far more than just a waste dump. The area hosts a vegetable market and sites for sorting other types of waste, notably scrap metal.

What’s clear is that the commingling of food sources and waste is hazardous. The recent research by IPEN and the Basel Action Network (BAN) shows that tenacious toxins from waste sorting in Agbogbloshie are accumulating in the bodies of chickens, then eggs, and then the people who eat the eggs. Researchers’ egg testing in Agbogbloshie has revealed the highest levels ever recorded of brominated dioxins, and the second highest levels of chlorinated dioxins. 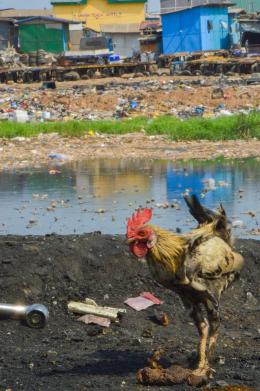 But what exactly are these toxins working their way up the food chain?

Brominated dioxins are “little-known health hazards,” as the title of one Polish research paper indicates. Dioxins are a group of persistent organic pollutants (POPs), or hard-to-eradicate chemical compounds that accumulate in fatty tissues. Dioxins may be carcinogenic, and are also linked to birth defects and immune and enzyme disorders. The disfiguring skin condition chloracne is another result of dioxin, and famously afflicted Ukrainian President Victor Yushchenko after he was poisoned in 2004. The burning of PVC plastics is a major source of dioxins, and because many medical products contain PVC plastics, medical waste incinerators are intensely dioxin-releasing.

Brominated dioxins are a lesser-known type of dioxins. They’re associated with thermal degradation, and are used in flame retardants, the fireproof plastics used in electronic gadgets, and other items. Open fires are a key way for brominated dioxins to be released into the environment. So firefighters and electronic waste recyclers, as well as those living near large dumps where e-waste is burnt, are especially exposed.

The EU sets a limit for levels of chlorinated dioxins in eggs, but not the brominated kind, although BAN and IPEN argue that the toxicity is similar.

IPEN and BAN are calling for stronger international regulations to limit brominated dioxins. They also advocate a change to the e-waste guidelines of the Basel Convention, under which electronics exporters can claim that shipping waste overseas counts as repair. According to the authors, “This guideline is now a disaster for developing countries, as they lose their right to receive notification of incoming e-waste sent by traders, as well as the right to refuse its entry.” 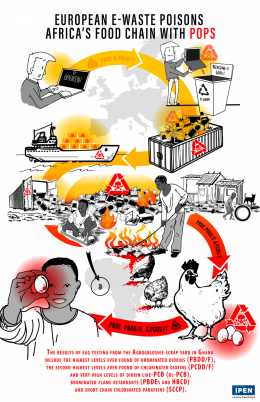 Jindrich Petrlik, one of the reports’ co-authors, wants electronic manufacturers to be held more responsible. “In general it should be producers of the electronics who should contribute to the solutions of such situations and who should take responsibility for whole lifecycle of their products,” says Petrlik, a researcher and the head of the Toxics and Waste Programme of the Czech environmental NGO Arnika. These solutions would include “more advanced technologies for dismantling of electronic waste.”

There have been attempts to introduce these kinds of technologies in Abgogbloshie. The NGOs Green Advocacy Ghana and Pure Earth have trialled wire-stripping machines with waste handlers in Agbogbloshie. But these machines aren’t suitable for processing small cables, which are often found in cars’ electrical systems, so boys and young men continue to burn small cables in the open. 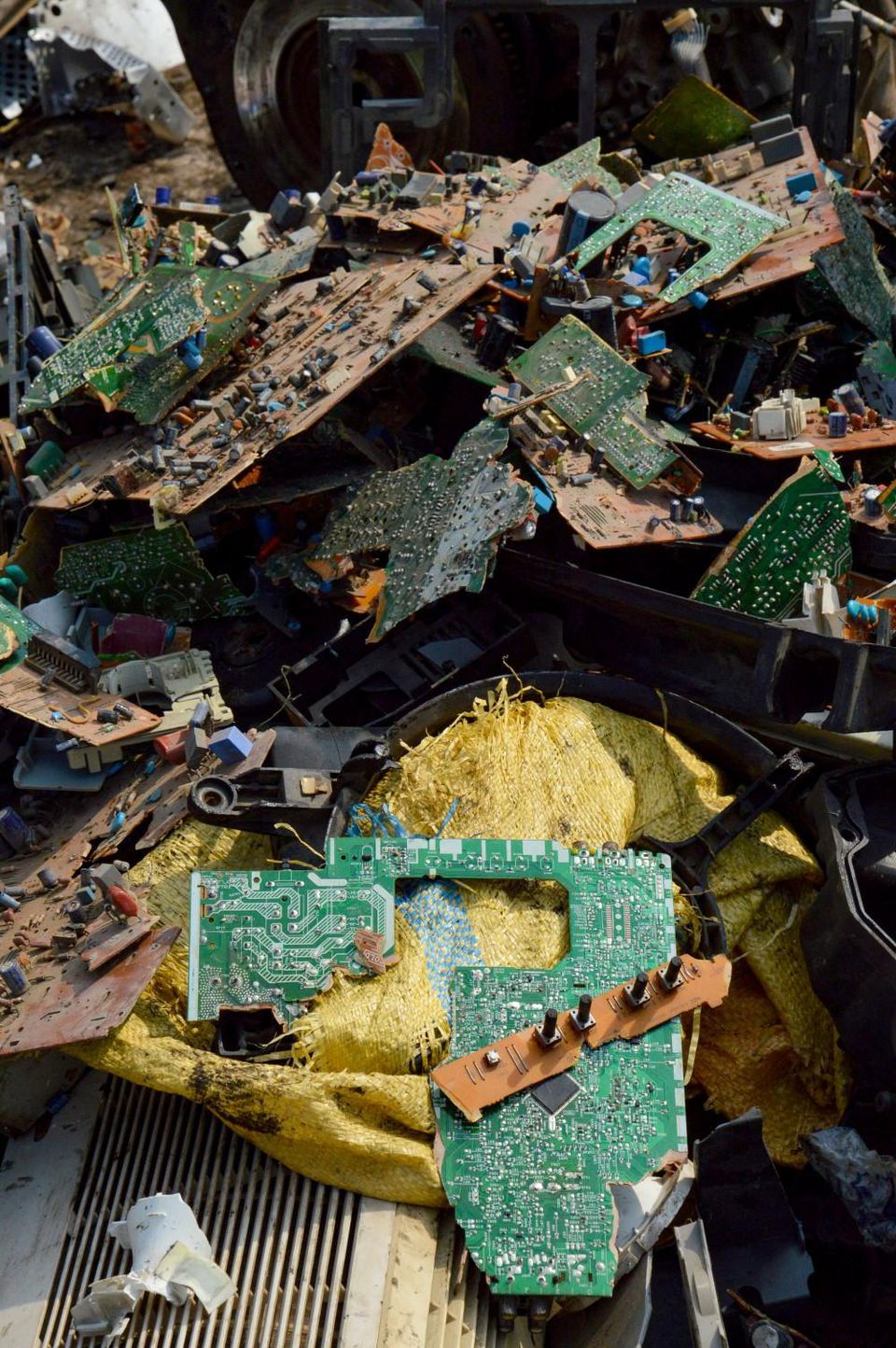 Prevention of e-waste pollution is even more important than devising technological solutions to reducing its effects. In exporting countries, it shouldn’t be simple for producers and consumers to unthinkingly dispose of their waste for export. As for receiving countries, Ghana has recently implemented some measures to counter indiscriminate dumping of e-waste. From October 2018, an “advance recycling eco fee” has been applied to imported electronics. This is expected to raise $100 million each year, although it’s not clear whether this will benefit the majority of low-income waste handlers. A new integrated recycling plant has also been planned for Agbogbloshie.

In working to curb the toxicity of sites like Agbogbloshie, it’s important not to demonize waste recycling, which directly or indirectly employs many people in Ghana . Their health and safety should be prioritized in national e-waste policies that can be enforced locally.