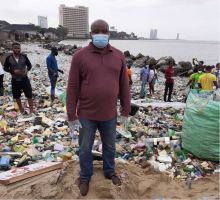 Under the situation of movement restrictions due to the COVID-19 pandemic in Nigeria, there was the likelihood of increased generation of solid waste as a result of increased consumption, with increased accumulation due to working from homes and surges in household waste due to increased online shopping. New kinds of wastes, such as used face masks and hand gloves, empty hand sanitizer containers and other plastic materials, have also been introduced into the environment, and such wastes have become somewhat ubiquitous, with fly-tipping (illegal dumping) and improper disposal.

Review on COVID-19 impacts on chemicals and wastes

To prepare for this project, The Center “Cooperation for Sustainable Development” (CSD) carried out a search and analysis of all available materials related to the coronavirus infection. Statistical data on the spread of the COVID -19 in Kazakhstan, measures taken by the Government of the Republic of Kazakhstan and the introduction of a state of emergency and the current regulatory legal acts were analyzed. 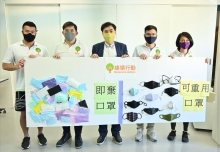 To cope with the 2020 outbreak of the COVID-19 epidemic in Hong Kong, the government subsidized the production of disposable masks and issued ordinances to impose social distancing measures and compulsory mask-wearing in public areas. The NGO Greeners Action conducted an online survey in October with over 1,000 people, and results show that most Hong Kong residents used 7-10 disposable masks a week, which is equivalent to 2 billion disposable masks from February to November. Most of the used masks were transported to landfills.

Quezon City, PhIlippines After sitting in Northern Mindanao for two years, the final batch of 80 container vans of contaminated plastic waste from South Korea are set to sail home this week amid the continuing COVID-19 outbreak.

Deceptively declared as “plastic synthetic flakes,” the contaminated plastic waste materials, which arrived in July and October 2018 at the ports in Villanueva and Tagoloan, Misamis Oriental, were found by the authorities to contain unsorted plastic materials, used dextrose tubes, soiled diapers, discarded electronics and household garbage in violation of national laws and the Basel Convention on the Control of Transboundary Movements of Hazardous Wastes and their Disposal.

“The completion of the complicated re-exportation procedures in the middle of the COVID-19 crisis that continues to disrupt and claim people’s lives is a big win in our people's pursuit of environmental justice and the rule of law during these most difficult times,” declared Aileen Lucero, National Coordinator, EcoWaste Coalition.

Letter to Mexican Ministries Re: Ratification of Basel Ban Amendment

A container full of imported plastic waste is inspected by the local environment office at the Batu Ampar port in Indonesia on June 15, 2019. Photo: Andaru/AFP via Getty Images
Waste

The European Union plans to go further than an international treaty in restricting exports of plastic waste, potentially spelling problems for the bloc in dealing with hard-to-recycle material.

How many incinerators, waste burning facilities, and cremators are there in your city or region? What is known about these technologies and what danger do they pose?

Groups pursue ban on waste trade as the first anniversary of the re-exportation of Canadian garbage dumped in the Philippines on May 31 nears
Thursday, 28 May 2020

Quezon City, Philippines Civil society groups marked the first anniversary of the repatriation of 69 container vans of rotting Canadian garbage to their source with a resounding plea for decisive policy actions to prevent its recurrence and to defend environmental justice and the rule of law.