PFHXs, Used as a Substitute for Banned PFOS and PFOA, Recommended for Global Ban
Friday, 04 October 2019

Rome, Italy An U.N. expert committee decided unanimously to recommend a complete global elimination for another toxic fluorinated “forever chemical.” Fluorinated chemicals are widespread pollutants threatening drinking water sources, public health and the occupational health of firefighters. They do not break down in the environment and accumulate in the bodies of wildlife and people. They are used in a wide variety of products, including firefighting foam, waterproofing of textiles, and food packaging, as well as other industrial and consumer applications. 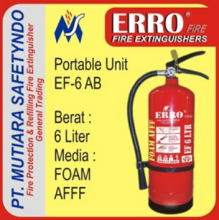 Per- and polyfluoroalkyl substances (PFAS) have received significant public and media attention in the US, EU, and Australia, in part due to their toxicity, extreme persistence, and documented water pollution. However, information about PFAS in other parts of the world is largely lacking and the information which is available is difficult to access. 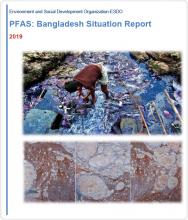 Read the full report PFAS Pollution across the Middle East and Asia, IPEN's and partners' work on PFAS pollution around the globe relates to Sustainable Development Goals 3 and 6.

Geneva, Switzerland Several notable decisions were adopted at the closing of two weeks of negotiations of the Joint Conference of the Parties (COP) of the Basel, Rotterdam and Stockholm (BRS) Conventions on hazardous chemical management.

IPEN Co-chair Pamela Miller reflected on the meeting, saying that “IPEN brings civil society to these meetings to bear witness for the billions of people around the world who could not be here, but whose health, well-being, and human rights depend on the decisions that are being made.” She continued, “These Conventions were adopted to protect vulnerable communities of women, children, workers and Indigenous communities. Still, governments and their powerful industry representatives put their own economic and trade interests before the health and well-being of the global environment and its inhabitants.”

Important Measures Taken to Control the Export of E-Waste

Massive amounts of electronic waste are today exported to developing countries and countries in transition. The Parties to the Basel Convent took a significant step during the COP towards controlling this highly polluting practice by listing e-waste under the convention, mandating a Prior Informed Consent procedure for transboundary movement of this type of waste.

Dr. Tadesse Amera, IPEN Co-chair commented “The export of electronic waste on developing countries leads to extensive pollution of the environment, poisoning of the food of local communities and severe health impacts. We welcome this decision to control all e-waste exports. However, we are also concerned about the remaining loophole for exporting e-waste under the guise of repair. We urge governments to restrict all export of used electronics under the Basel Convention”.

The toxic PFAS chemical PFHxS, together with its about 80 related substances, was listed under the Stockholm Convention for global elimination, with no exempted uses. These “forever chemicals” are used e.g. in stain-resistant fabrics, fire-fighting foams, food packaging, and as a surfactant in industrial processes.

Also, PFOA, another chemical in the PFAS family that was listed for global elimination under the Stockholm Convention in 2019 with a range of exemptions, was now adopted for listing under the Rotterdam Convention that controls transboundary movement of hazardous chemicals.

Reports of solid and liquid burn tests from the Veolia Dry Creek Incineration PFAS trial. Tests were conducted in February 2019 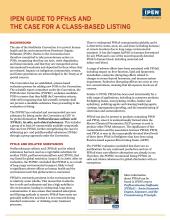 PFHxS: The Case for a Class-Based Listing

The aim of the Stockholm Convention is to protect human
health and the environment from Persistent Organic
Pollutants (POPs). Parties to the Convention have therefore committed to take precautionary action on POPs, recognizing that they are toxic, resist degradation, and bioaccumulate, and that they are transported across international boundaries and deposited far from where they are released. Impacts on indigenous communities, women, and future generations are acknowledged in the Treaty as of special concern. 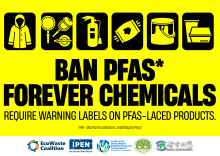 Quezon City, Philippines Organizations around the world have joined forces to call for a global ban on per- and polyfluoroalkyl substances (PFAS) ahead of the World Environment Day. Also known as the “forever chemicals,” PFAS do not break down in the environment and build up in the bodies of humans and wildlife over time, resulting in adverse health effects.

This study tested for PFAS and related chemicals in water-resistant clothing sold in China, Indonesia, and Russian. 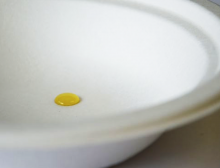 Study in Europe Find "Forever Chemicals" Are Widespread in Disposable Packaging
Wednesday, 19 May 2021

Prague/Brussels/London A recent study by Arnika found PFAS in a huge percentage of food packaging materials and tableware in popular fast-food chains across Europe. In cooperation with six other NGOs including IPEN, the study found that 76% of the samples tested were intentionally treated with PFAS, which is a class of chemicals frequently used for their oil- and grease-repellent properties. Additionally, traces of PFAS were detected in all samples, which should not be surprising given how they do not break down easily and migrate into water and the enviroment, earning them their "forever chemicals" moniker. All of the materials tested were items intended for a single use, including items for which sustainable alternatives exist.

“It is high time for the European Union to act and immediately and permanently ban the entire class of PFAS in food packaging, to protect the consumers in the first place. It is clearly not essential to use highly toxic and persistent chemicals, posing such a serious health and environmental risk, in throw-away food packaging, especially when there are safer alternatives,” says Jitka Strakova, the main author of the study and Arnika/International Pollutants Elimination Network (IPEN) science advisor. 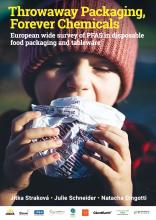 This report is based on a European study, carried out by 8 civil society organizations, into the presence of per- and polyfluoroalkyl substances (PFAS) in paper, board, and molded plant fiber disposable food packaging and tableware, sold in six European countries: The Czech Republic, Denmark, France, Germany, the Netherlands, and the United Kingdom.