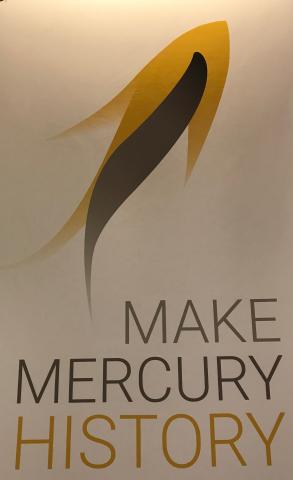 Geneva, Switzerland In a world first, the environmental treaty named after the devastating mercury pollution tragedy in Minamata, Japan, has just announced its decision to release global guidance on the clean up of mercury polluted sites.

After 4 years of hard negotiations and campaigning by IPEN, overcoming resistance from global powers such as the EU and the US, and with the steadfast support of the African region and many other countries, the Minamata Convention on Mercury has finally adopted official Contaminated Sites Guidance.

This breakthrough decision, announced in Geneva, Switzerland today, at the third Conference of the Parties of the Minamata Convention, finally allows vulnerable nations around the world to implement measures to identify and remediate mercury-contaminated sites. The guidance tools, which were developed by an expert group and will help in protecting human health and the environment, are now available for less developed countries that are struggling to address mercury contamination issues and will assist to map out, isolate and start to clean up these dangerous sites.

The IPEN team has worked closely with over 70 countries to bring this decision about and has been heavily involved in the development of the guidance.

Lee Bell, IPEN Mercury Policy Advisor said, “The adoption of the guidance is a major step forward to reduce global mercury pollution. Less developed countries struggling with mercury polluted sites from small-scale gold mining, industrial facilities, and dumpsites now have the guidance to allow them to move on contaminated sites. They can use the guidance to identify, assess and remediate sites to minimize the exposure of populations to highly toxic mercury.”

The Convention that agreed on the guidance is named after the industrial mercury pollution tragedy in the city of Minamata, Japan that poisoned thousands of residents and their unborn children with methylmercury – a potent neurotoxin. Mercury effluent discharges by the Chisso Corporation in the 1950s contaminated fish stocks in the Shiranui Bay, which was the staple diet of the Minamata population. Many who ate fish regularly suffered mercury poisoning, killing scores and causing devastating disabilities across generations for thousands of others. Minamata disaster survivor Koichiro Matsunaga gave an emotional speech at the opening of the Convention in Geneva, warning parties to act swiftly to prevent a reoccurrence of this devastating disease.

The global guidance on contaminated sites is a key tool to prevent the history of mercury poisoning from repeating in countries around the world. Tragically, Minamata disease symptoms have been appearing around mercury-contaminated sites in Africa, Asia, and Canada.

Mr. Bell further stated, “Identifying and cleaning up these sites will save generations of children from lifelong disabilities caused by mercury. It will stop mercury leaching from these sites into rivers, lakes and oceans, contaminating seafood and poisoning the people who rely on fish as a dietary staple. It is good news for the environment, and for mothers and babies. It has been an important breakthrough to get the agreement and cooperation of the EU and the US to join all the other parties to pass this guidance.”