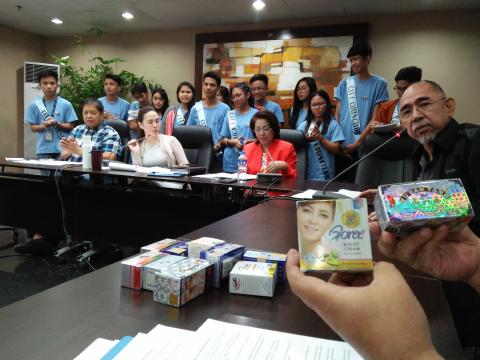 15 August 2018, Quezon City.  An ordinance that will protect consumers, especially women and girls, against skin lightening products contaminated with mercury has successfully hurdled the hearing by the Quezon City Council’s Committee on Health and Sanitation.

As adopted by the committee, PO20CC-439 seeks “to ensure strict compliance by business and commercial establishments, as well as street, tiangge and online vendors, to the national regulation banning the sale of cosmetics containing mercury above the  one part per million (ppm) limit set by the Food and Drug Administration in line with the ASEAN Cosmetic Directive.”

The prohibition will apply to non-compliant cosmetics such as creams, lotions and soaps that are designed to lighten or whiten the color of the skin.

Citing information from the World Health Organization and the United Nations Environment, Councilor Delarmente stated that “mercury use in cosmetic products can have adverse effects including skin rashes, discoloring and scarring, reduce skin’s resistance to bacterial and mycotic disorders, and cause damage to the brain, nervous system and kidneys.”

Speaking at the committee hearing, Thony Dizon, Chemical Safety Campaigner of the EcoWaste Coalition, conveyed the group’s support to the enactment of the ordinance, which, if passed and enforced, will help in curbing the illegal sale of mercury-laden cosmetics in Quezon City.

“We hope the City Council will include the passage of the said ordinance among its top priorities as toxic mercury-laden skin lightening products are hazardous to health and the environment,” he said.

The EcoWaste Coalition has been tracking mercury in cosmetics since 2011 and, on numerous instances, found prohibited products being sold in some retail outlets, particularly in Commonwealth, Cubao, and Novaliches.

In June 2018, for example, the group exposed the unlawful sale of FDA-banned Goree, Erna, JJJ and S’Zitang skin whitening creams costing P100 to P300 each by retailers in Cubao.

The said cosmetics were found to contain mercury in the range of 521 to 21,100 ppm, way above the maximum limit of 1 ppm. 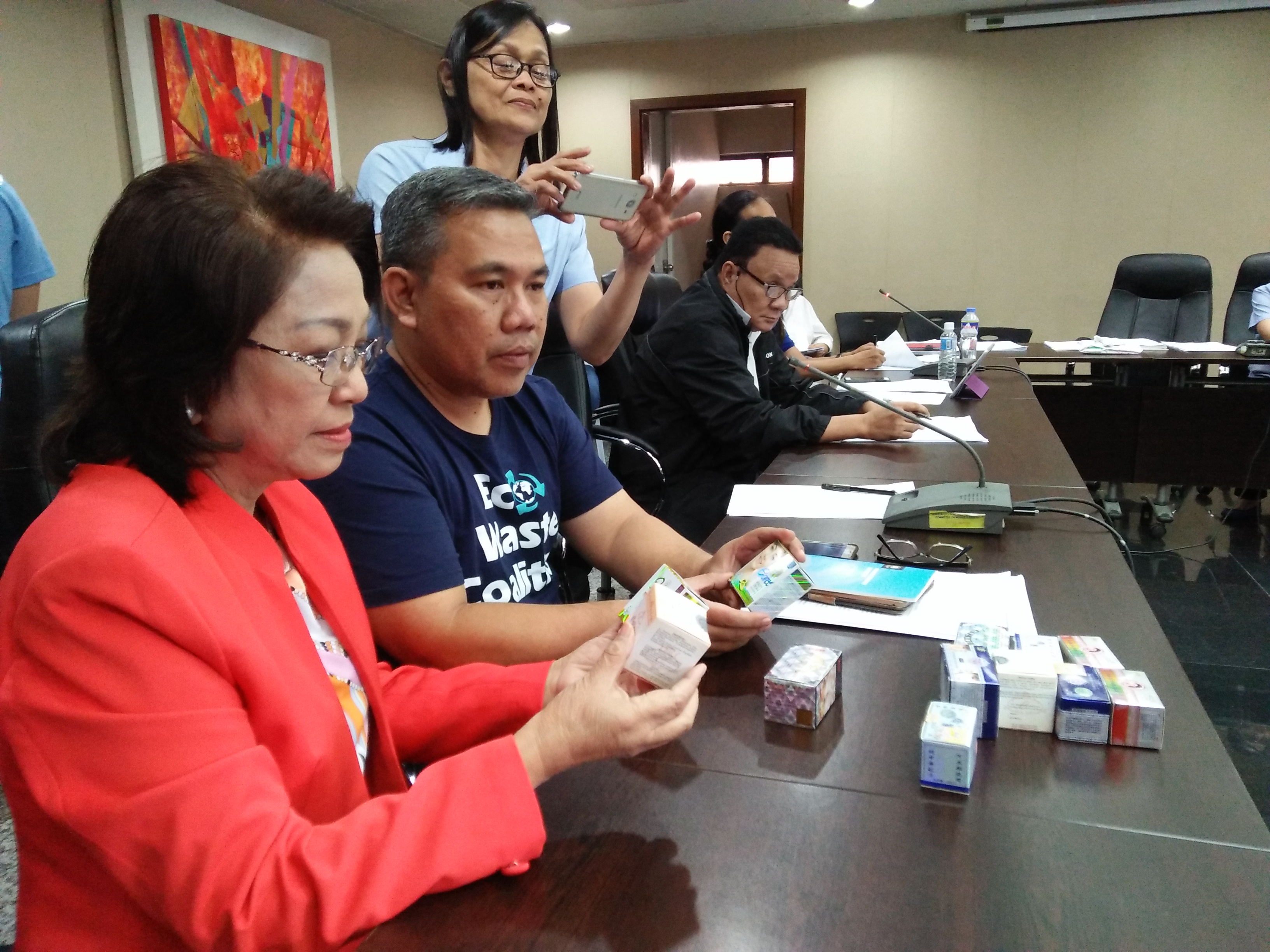 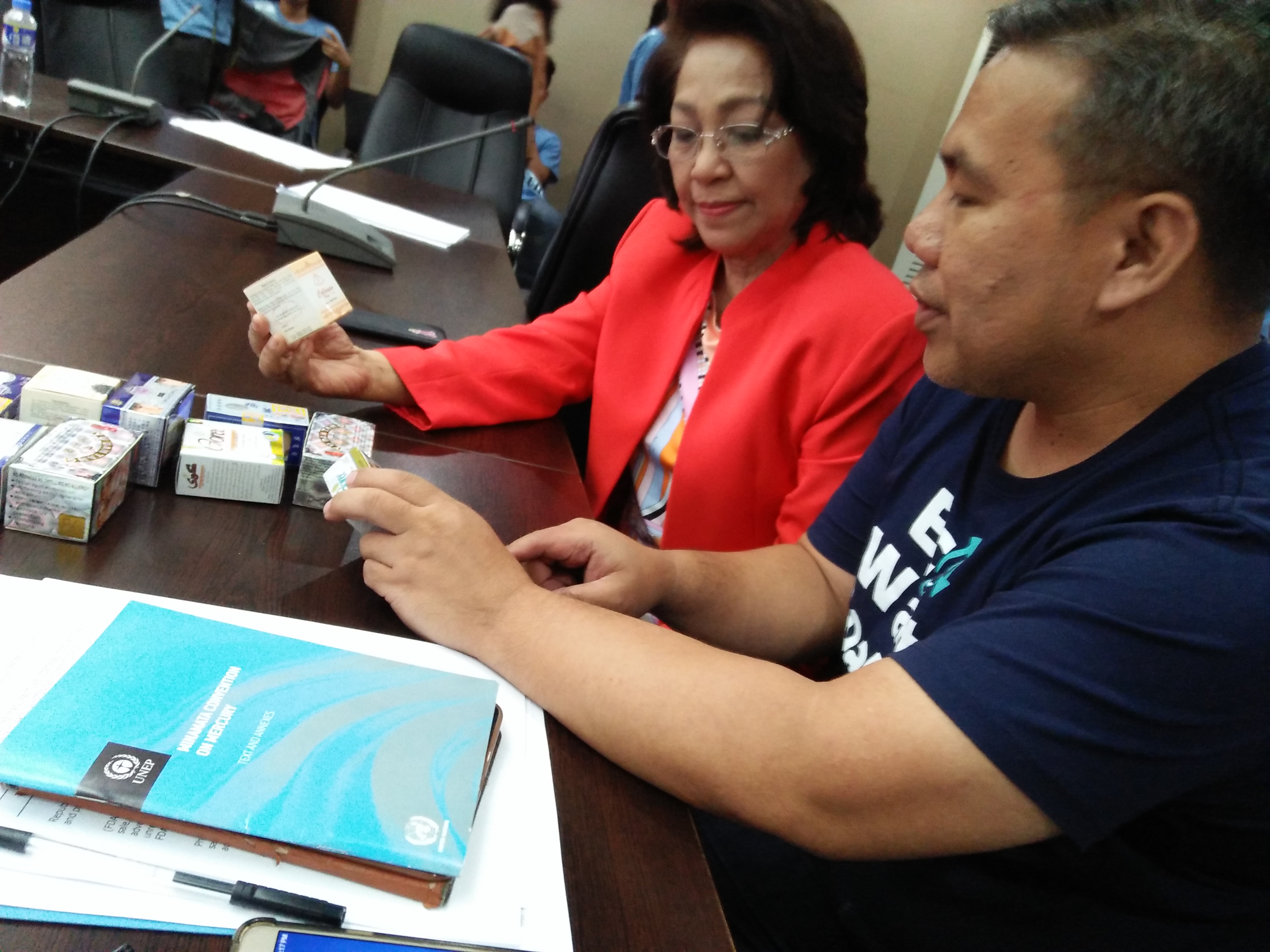