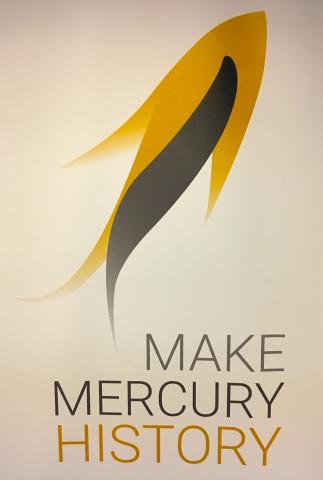 The solution? Shutting down coal-fired energy and banning the mercury trade.

(Geneva, Switzerland) As delegates to the second Conference of the Parties (COP2) of the Minamata Convention on Mercury negotiated for a week over wording for a range of non-binding guidance, the shocking news that global toxic mercury emissions had surged 20% in 5 years was announced by UNEP.

Dr. Tadesse Amera, Co-Chair for IPEN, said, “IPEN has long warned that we are in the midst of a global mercury crisis and has campaigned for a rapid international response. Now that the Convention is finally law, we are on the brink of a catastrophe. If mercury emissions continue to rise at this rate, we are facing massive intensification of ocean pollution and rapid contamination of global fish stocks. Many big fish species are already too toxic to safely eat, and more species will follow. Women in many small island states rely on fish for dietary protein, and our data shows that, for most of them, their mercury levels are above unsafe exposure levels. If we want to protect these island populations, we must take more action immediately. There is only one sure way to stop this runaway mercury pollution and that is to ban the global mercury trade that feeds small scale gold mining and shut down coal power plants polluting the atmosphere.”

Millions of impoverished gold miners around the world use elemental mercury to extract gold dust from ore, and in the process, mercury vapour is released into the atmosphere. Run off from the contaminated gold mining sites has become a major polluter of fresh water systems, contaminating fish stocks with methylmercury. Both marine and freshwater systems are impacted, and consumption of contaminated fish is raising the human body burden of mercury across the globe. Regrettably, the Convention allows for trade and use of mercury for this practice to continue for another few years, even though it is the primary driver of atmospheric pollution.

“To prevent the rapid increase of mercury emissions and releases to the environment, mercury mining and production to be used in artisanal small-scale gold mining (ASGM) should be prohibited and banned immediately,” said Yuyun Ismawati, IPEN Lead for ASGM / Mining. “Mercury emissions in the Latin America region, mainly from the ASGM sector, are attributed to 58% of global mercury emissions, while emissions from the ASGM sector in East / Southeast Asia contributed approximately 38%. Slow policy and regulatory reform in the producing countries (Mexico and Indonesia, among others) will increase the social, environmental and health costs globally.”

Coal-fired power emissions across the globe are also spewing mercury into the earth’s atmosphere at an unprecedented rate, only for it to deposit to the oceans and exacerbate mercury contamination in fisheries.

IPEN Mercury Policy Advisor Lee Bell said, “Progress on reducing mercury emissions using measures in the Convention is painfully slow. The marginal reductions being achieved are being swamped by the global surge in emissions. Coal plants got off lightly in the Convention. Thousands of existing plants are not required to use best practice pollution control, and those built in the next few years won’t be required to either. This means that over 5,000 coal plants will escape significant controls. Delegates who negotiated these exemptions to protect their coal industries have cost us precious time to stop the mercury pollution juggernaut.”

IPEN released its latest mercury biomonitoring report at COP2, Mercury Threat to Women and Children Across Three Oceans: Elevated Mercury in Women in Small Island States and Countries, which demonstrated unsafe levels of mercury in women of childbearing age in most of the 21 countries studied. The hair sampling program revealed that 58% of the women who participated had mercury levels in hair above 1 ppm – equivalent to the US EPA safe threshold level.

Imogen Ingram, IPEN Small Island Developing States Focal Point, has conducted extensive hair sampling among women of childbearing age in the Pacific with disturbing results. Ingram said, “In other regions, research has shown that fish-eating populations have suffered adverse health impacts.  Additionally, recent science shows that even low doses of methylmercury over a long period result in accumulation in the body. I do not want to tell Pacific people not to eat fish – in many cases, it would mean they would go without daily protein. Plus, fish contains useful omega-3 oils. Instead, countries should cooperate through this Convention to reduce mercury contamination of fish, so it is safe for all to eat.”

Negotiations at COP2 centred around agreement on slow bureaucratic processes to develop non-binding guidance on mercury waste thresholds, mercury releases, contaminated sites, interim storage and inventories of releases. The progress on guidance is useful for many countries, but will take time to produce effects. As details of the committees that would develop the guidance were thrashed out in late night negotiations, ominous news from UNEP that global emissions had surged massively from 2010-2015 cast a dark shadow over proceedings and a sense of unease at the ability of the Convention to act fast enough to reign in mercury pollution. It is clear that urgent action ahead of Convention timeframes is needed, even if countries must act independently and ban mercury exports to stop further trade.

Dr. Amera said, “Most nations of the world could announce an import and export ban on mercury tomorrow with no effect on their economies. For the few that would experience an impact -it would be negligible. Ending the mercury trade through global trade bans is the quickest way to stop this contamination disaster. Countries must go beyond the Convention, we have no time to waste. The poisonous trade in mercury must be brought to an end.”

Mercury Threat to Women and Children Across Three Oceans: Elevated Mercury in Women in Small Island States and Countries